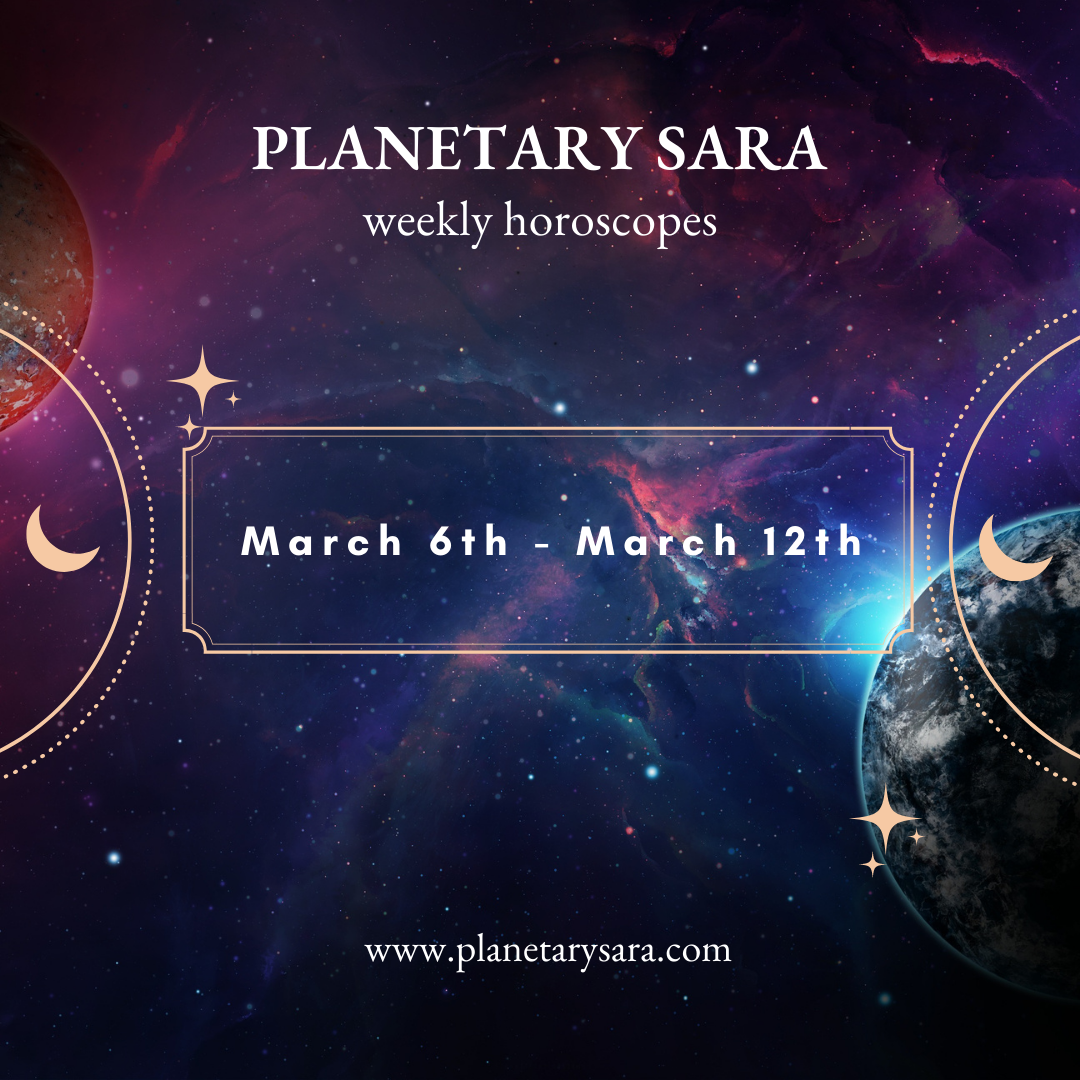 (Interpretations based on the Systemsʻ Approach to Vedic Astrology)

Note:  In the SAMVA* horoscope for Ukraine, Mars and Venus, ruling property, domestic peace, the economy and the work force – are transiting the twelfth house of losses – and are closely conjunct natal Rahu, representing extreme calamities.  Unfortunately, transit Rahu and Ketu – representing an eclipse – also closely afflict six of the twelve houses in the country’s chart through March.

Similarly, in the SAMVA* horoscope for Russia, Mars and Venus, ruling the economy, work force, property and domestic peace, are transiting the sixth house of debts and disputes through March. Additionally, Jupiter, ruling the sixth house of debts, disputes, and enemies, is transiting the unfavorable eighth house through mid-April.  This likely indicates that Russia is also vulnerable.

Transits for this Week:

Sun transits Aquarius from 21:25 to 28:25°. This connects presidents, leaders, physicians, administrators, and governments with the masses, the elderly, the poor and needy, working-class persons, manufacturing, agriculture, and the oil and gas industries.  Sun is closely conjunct Jupiter until March 12th. Taurus, Cancer, and Capricorn rising sign persons, companies, and countries (including USA, Russia and Ukraine!) are under severe stress.

Moon is waxing and transits Aries, Taurus and Gemini. The Moon, in Taurus, is exalted, March 8th – March 10th.  This is typically favorable, but be vigilant between 5 p.m., March 7th, until 12 p.m., March 8th – while Moon transits Rahu!

Mars transits its exaltation sign, Capricorn, from 05:47 to 11:01°. Mars moves away from the ninth aspect of Rahu. This may represent a positive change for the military, police, dentists, surgeons, athletes, builders, executives, architects, fire fighters and property matters. Mars, however, remains closely conjunct Venus until March 20th. Taurus, Scorpio, and Pisces rising sign persons, companies, and countries (including India) should be careful and patient.

Mercury transits out of Capricorn and into Aquarius, March 6th — and also moves quickly away from the conjunction of Saturn. This may also represent an improvement for Cancer, Virgo and Pisces rising sign persons, companies and countries, (including USA and Russia!)

Jupiter transits Aquarius, from 20:57 to 22:39°. Jupiter remains closely conjunct Sun until March 12th. This is not favorable for Virgo, Capricorn, and Pisces rising sign persons, companies and countries (including Ukraine).

Venus transits Capricorn, from 05:46 to 12:06°. Venus moves away from the ninth aspect of Rahu.  This may be an improvement for women, medicine, luxuries, entertainment, transportation and the fine, healing and performing arts.  Venus, however, remains closely conjunct Mars until March 20th. Taurus, Virgo, and Scorpio rising sign persons, companies, and countries (including India) should be careful and patient.

Saturn transits its own sign, Capricorn, from 25:13 to 25:59°. Saturn is now weak in degrees (until Sept. 27th).  This is not ideal for the masses, along with manufacturing, agriculture and the oil, gas, and minerals industries. Fortunately, there are no afflictions to Saturn, which may be helpful.

Rahu and Ketu transit their exaltation signs, Taurus and Scorpio, respectively, from 00:44 to 00:34°. People, companies, and countries with a rising sign between 28 to 2 degrees — or with any planets in even signs (Taurus, Cancer, Virgo, Scorpio, Capricorn, and Pisces) also in these degrees, should be careful and patient. (Including USA and Ukraine!)

Taurus: Take a leadership position at work and connect with large organizations and authority figures. Be patient, however, with setbacks and to avoid accidents at home or in the workplace. Focus on writing, business, brokering, technology and intellectual property. Connect children, education and investments with your professional life. Continue to be vigilant with health, finances and conflicts through March 20th.  Research, language and ancient knowledge may be forefront through April 12th.

Gemini: Focus on father and religious figures. There may be good fortune with property, vehicles, home life and entrepreneurial ventures. Continue to be patient, however, with income, friendships, pets, children, education and investments. These may be vulnerable to delays, setbacks or accidents. Recent stress relative to losses, expenses and expenses should dissipate. You are likely feeling generous, imaginative, inventive, and unconventional.

Cancer: Recent stress with your career, property, vehicles, fixed assets, and home life dissipates. Now, you can connect all of these significations with partnerships, joints ventures and international projects. Be careful with your wealth, status and family life, along with authority figures, though March 14th. Consider independent projects with research, mystical sciences and ancient knowledge – but be patient with short-lived delays and setbacks with these through March 23rd.  Take care with your health, finances and to avoid conflicts through April 12th

Leo:  Focus on relationships, partnerships, joint ventures or long-distance projects through March 14th. Recent stress with father and religious figures, younger siblings, communications and entrepreneurial ventures begins to ease. Unfortunately, these significations may remain vulnerable to debts, disputes or health issues through March. On the other hand, good fortune is on your side.  You are likely feeling generous, imaginative, inventive, and unconventional.

Virgo: Lay low and exercise patience. Watch your health and finances and be vigilant to measure your words.  Other people may take you the wrong way. Losses, expenses, separations, insomnia and international problems remain possible through March 14th. There may be both setbacks and progress with pets, children, education and investments. Property, vehicles and home life have been vulnerable since Nov. 20th. Expect these to improve after April 12th.

Libra:  Recent stress for you, along with partnerships, joint ventures and long-distance projects dissipates. This should be a good time for relationships and property investments. Focus on home life and redecorate your living quarters. Consider art, music, and luxuries and a new car, or boat, plane, etc. Expect gains, income and friendships from independent projects and entrepreneurial ventures before March 15th.  Be conservative, however, as these may take a downturn mid-March to mid-April.

Scorpio: Focus on property, vehicles and home life. These are connected with income and friendships. Work out of your home through March 14th – associated with writing, business, technology, communications, and intellectual property. On the other hand, continue to be patient to manage disputes, health or legal issues, along with losses, expenses, insomnia and separations through March. Fortunately, some level of good fortune is on your side through April 12th.

Sagittarius: Recent stress begins to dissipate. Good fortune is on your side. Be a leader. You are likely to be imaginative, inventive, unconventional and a humanitarian. Connect your career with communications, independent projects and entrepreneurial ventures. Be direct and courageous. Expect gains, income and friendships with your family life. Be optimistic about success, starting mid-April, which should last for one year.

Capricorn: Be patient for one week. There may be delays, setbacks, expenses, insomnia and separations. Be careful to manage obstructions and to avoid accidents in general. On the other hand, recent stress with your career, property, vehicles and home life dissipates. The positive side of these significations are now forefront. Make decisions, be creative, buy new clothes, get a haircut and consider a day spa. Focus on new professional opportunities and property investments through March.

Aquarius: Expect income and friendships connected with partnerships, joint ventures and/or foreign lands.  Relationships are forefront for one more week.  Focus on research, writing, business, technology and communications – but be patient with delays and setbacks and to avoid accidents. Losses, expenses, and separations with father or religious leaders, long-distance travel, and entrepreneurial ventures are possible through March. Retreats or long-distance travel can also be considered through April 12th.  These may be associated with teaching, publishing and advisory roles.

Pisces:  Be vigilant to manage debts, disputes, health or legal issues at work for one week. There may also be losses, expenses and separations associated with relationships, business, finances and communications through March 23rd. Take care of your wealth, status and family life through March. These may be vulnerable to delays or setbacks. For some of you, there may be a marriage, inheritance, windfall, legal or insurance settlement. Expect a big lift with your career after April 12th, which should last for about one year.

Note: Planetary remedies add a protective covering to life. Strengthen your favorable planets (with color and gemstone therapy and/or the mystical pendant known as the kavach: (https://planetarysara.com/mystical-pendants-kavaches/) and do “Bhoota” and “Deva” “Yagyas” (charities and chants) for the planets that cause adverse effects in your horoscope.Quote of the Week:

Excerpt of the Week:

From: Theory and Research on Conflict Resolution through the Maharishi Effect.

“Only a technology that operates from the unified field of nature’s intelligence could be powerful enough and unifying enough to bring harmony to all the diversity of cultures and political systems in the world. Just as quantum field theory has provided a deeper level of analysis of physical phenomena which complements the value of the classical level of analysis, so too a deeper level of analysis of social phenomena is possible which complements the behavioral levels of analysis of contemporary social science theory. Studies of the Maharishi Effect provide empirical demonstration of the efficacy of such an approach. Methodologically, the studies on the Maharishi Effect are the first experimental research in history to actually attempted to resolve real conflicts on national and international scales, and they have used state-of-the-art statistical methodologies. There is no other research program in the conflict resolution literature that is more directly relevant and more rigorously validated for creating world peace than Maharishi’s. The studies have been replicated on many different populations across a variety of measures in virtually all of the world’s major conflicts. The studies have included all instances of the phenomenon, such as all 1% cities (Borland & Landrith, 1977; Dillbeck et al., 1981), the entire period of the MIU Super-Radiance group since its inception in 1979 in studies of violent death and inflation/unemployment (e.g., Dillbeck, 1990; Cavanaugh, 1987), and all cases in which the size of a Transcendental Meditation and TM-Sidhi group was large enough to have a predicted impact, as in the study of the Lebanon war (e.g., Davies & Alexander, 1989) or on the world (Orme-Johnson et al., 1989). With all of this evidence and profound theory, if this technology of peace is not being implemented it can only be for the political reasons of special interest groups, and does not serve the purpose of the people of the world who deeply desire peace and prosperity for themselves and for the generations to come.

Awakening Video of the Week:

Special Link for those who practice Transcendental Meditation: