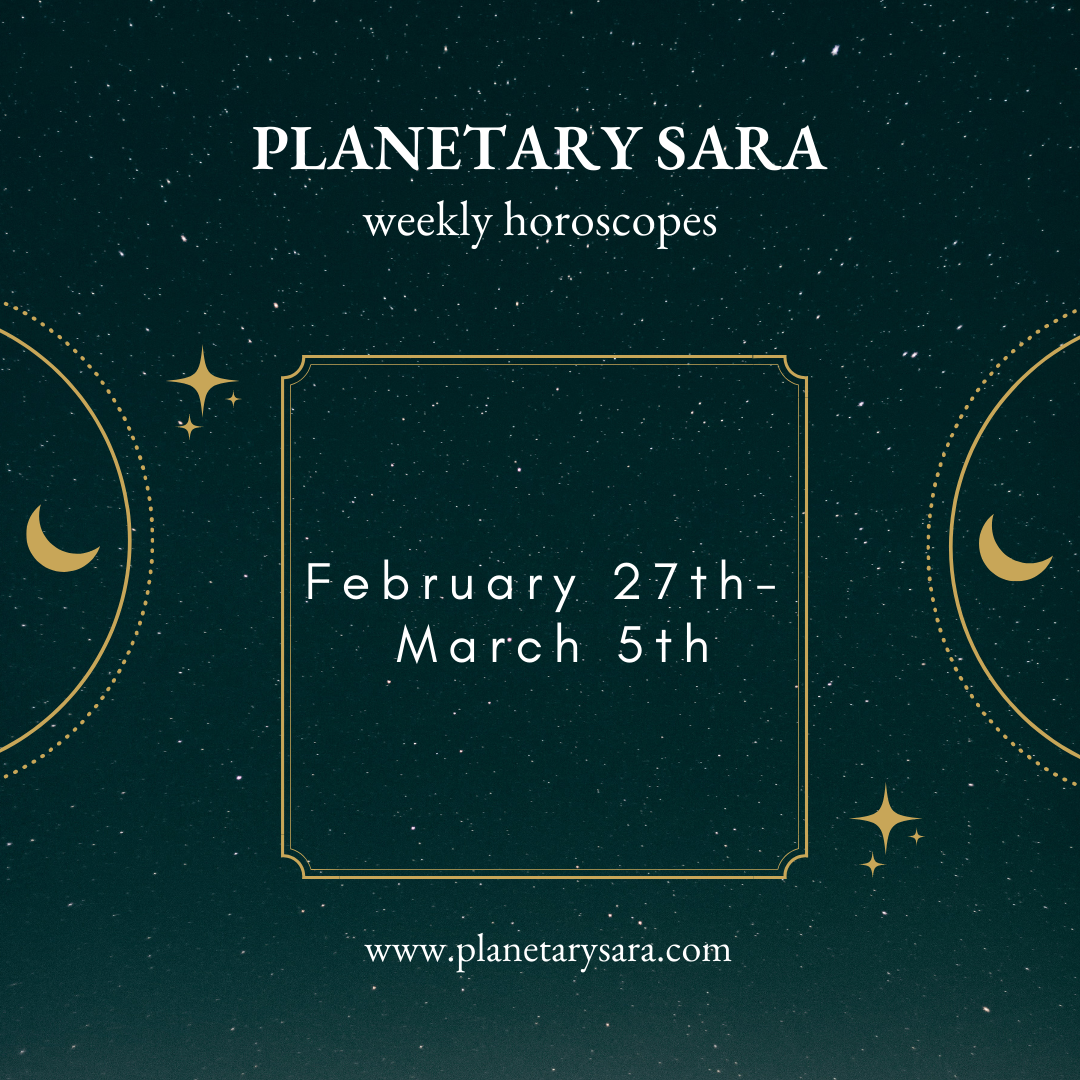 (Interpretations based on the Systemsʻ Approach to Vedic Astrology)

Note:  Mars and Venus are under the influence of Rahu until March 5th.  This causes sudden stress to their significations, such as the military, police, construction, engineering, property, vehicles, luxuries, and the fine, healing and performing arts.

In the SAMVA* horoscope for Ukraine, Mars and Venus, ruling property, domestic peace, the economy and the work force – are transiting the twelfth house of losses – and are closely conjunct natal Rahu, representing sudden calamities.  Unfortunately, transit Rahu and Ketu – representing an eclipse — closely afflict six of the twelve houses through March.

The situation remains very tense and on the edge till 7th of March as weak Mars and infant Venus pass under Rahu and the Sun and Jupiter come together in a close conjunction. For Ukraine both of these are malefic planets and transiting the house of status……so its position is certainly precarious.

The Sun and Jupiter are traveling together in the eighth house of the USA and Russia.  In the US chart Jupiter is under the affliction of natal Ketu and they are coming closer as the week progresses.  In the Russian natal chart the exchange of MT sign lords of 2nd and 6th houses indicate inherent propensity to initiate the conflicts and the successive sub periods of Rahu, Jupiter and Saturn in the main period of Ketu indicate continued hawkish stance and aggressive posturing.

Transits for this Week:

Sun transits Aquarius from 14:24 to 21:25°. This connects presidents, leaders, physicians, administrators, and governments with the masses, the elderly, the poor and needy, working-class persons, manufacturing, agriculture, and the oil and gas industries.  Sun is closely conjunct Jupiter until March 12th. Taurus, Cancer, and Capricorn rising sign persons, companies, and countries (including USA, Russia and Ukraine!) are under severe stress.

Moon is waning/waxing and transits Sagittarius, Capricorn, Aquarius, Pisces and into Aries. The new Moon is in Aquarius, March 2nd.

Last Week’s Prediction: “The Moon, in Scorpio, is debilitated, Feb. 23 – 25. Watch your emotional state and be vigilant in crowds and around volatile persons.” (Russia Attacks Ukraine)

Mars transits its exaltation sign, Capricorn, from 00:34 to 05:47°. Mars is under the ninth aspect of Rahu through March 5th. This is NOT favorable for the military, police, dentists, surgeons, athletes, builders, executives, architects, fire fighters and property matters. Mars is closely conjunct Venus until March 20th. Taurus, Scorpio, and Pisces rising sign persons, companies, and countries (including India) should be careful and patient.

Mercury transits Capricorn, from 20:01 to 29:56°. Mercury is closely conjunct Saturn until March 6th.  This is not favorable for Cancer, Virgo and Pisces rising sign persons, companies and countries, (including USA and Russia!)

Jupiter transits Aquarius, from 19:16 to 20:57°. Jupiter is closely conjunct Sun until March 12th. This is not favorable for Virgo, Capricorn, and Pisces rising sign persons, companies and countries (including Ukraine!).

Venus transits Capricorn, from 00:00 to 05:46°. Venus is under the ninth aspect of Rahu until March 5th.  Take care of the women in your life and be careful with medicine, luxuries, entertainment, transportation and the fine, healing and performing arts.  Venus is closely conjunct Mars until March 20th. Taurus, Virgo, and Scorpio rising sign persons, companies, and countries (including India) should be careful and patient.

Saturn transits its own sign, Capricorn, from 24:25 to 25:13°. There is still some support for the masses, the elderly, immigrants, and working-class persons – along with manufacturing, agriculture and the oil, gas, and minerals industries.

Rahu and Ketu transit their exaltation signs, Taurus and Scorpio, respectively, from 01:51 to 00:44°. People, companies, and countries with a rising sign between 28 to 3 degrees — or with any planets in even signs (Taurus, Cancer, Virgo, Scorpio, Capricorn, and Pisces) also in these degrees, should be careful and patient. (Including USA and Ukraine!)

Aries:  Be vigilant for one week. There may be sudden issues for you and/or with relationships. Focus on your career — connected with marriage, partnerships, joint ventures and foreign lands – along with men and women who are like brothers and sisters. Be vigilant at work, however, to manage debts and disputes over income or with friendships. There may be good fortune with children, education, and investments – and/or with authority figures through March 14th. Teach, publish, and consult through April 12th.

Taurus: Be vigilant for one week. There may be sudden issues with debts, disputes, health or legal problems, along with expenses, separations, and insomnia. Focus on father figures and long-distance ventures. Take a leaderships position at work and connect with large organizations. Pets, children, education and investments should do well. Be patient with health, finances and conflicts through March 20th.  Connect your career with research, language and knowledge through April 12th.

Gemini: Be vigilant for one week.  There may be sudden issues with pets, children, education, investments, income and friendships. In general, lay low and get extra rest.  There may also be delays, setbacks, and obstructions with property, vehicles, fixed assets, home life, and entrepreneurial ventures. Do your best to avoid stressful situations. Focus on your spiritual practices and connect with your guru. You may be feeling generous, imaginative, inventive, and unconventional. Exercise care and patience. “This too shall pass.”

Cancer: Be vigilant for one week. There may be sudden issues with your career, property, vehicles, fixed assets and home life. Communications, independent projects and entrepreneurial activities may also be vulnerable to setbacks, delays, accidents or obstructions.  Focus on marriage, partnerships, joint ventures and/or international projects through March 20th.  Be patient to manage, debts, disputes, health or legal issues through April 12th.

Leo:  Be vigilant for one week. There may be sudden issues with father and religious figures, younger siblings, communications, independent projects and entrepreneurial activities. These issues may be connected with your career. Be patient to manage debts, disputes, health or legal issues, while you focus on marriage, partnerships, and joint ventures through March 14th.  You may be feeling generous, imaginative, inventive, and unconventional.

Virgo: Be vigilant for one week to manage sudden delays, setbacks, obstructions and to avoid accidents. Be careful when speaking – other people may take you the wrong way. Protect your health and finances as well. Losses, expenses, separations, insomnia and international issues are possible through mid-March. There is a lot of energy around pets, children, education, investments and spiritual pursuits. Be patient with property, vehicles and home life through April 12th – and then expect a lift with same.

Libra:  Be vigilant for one week. There may be sudden issues for you and/or with marriage, partnerships, joint ventures and international projects. These may also be vulnerable to setbacks, delays or accidents – connected with property, transportation and home life. Pets, children, education and investments are associated with highs and lows — gains, income, friendships, losses, expenses, and separations. Expect a lift next week.

Scorpio: Be vigilant for one week. There may be sudden issues with debts, disputes, health or legal issues, along with losses, expenses and separations. These are connected with partnerships, joint ventures and/or foreign lands. On the other hand, there may be gains, income and friendships associated with property, conveyances, and home life. Work on your home and out of your home through March 14th.  In general, good fortune is on your side through April 12th.

Sagittarius: Be vigilant for one week. There may be sudden issues with pets, children, education, investments, income and friendships. These problems may be connected to conflicts, finances, hidden or misdiagnosed health issues. On the other hand, expect success with your career and entrepreneurial activities. Work with large, medical, spiritual or government organizations through March 14th. Expect a lift next week. Teach, publish and advise through April 12th.

Capricorn: Be vigilant for one week. There may be sudden issues with your career, property, vehicles and home life. It may seem like most everything is coming at you. On a positive note, expect good fortune with your wealth, status and family. Focus on writing, business, technology, and communications. Work on your appearance, buy new clothes or consider a day spa. Continue to exercise patience with setbacks, expenses, separations, or insomnia – and to avoid accidents through March 14th.

Aquarius:  Be vigilant for one week. There may be sudden losses, expenses, and separations with father or religious leaders, long-distance travel, communications and entrepreneurial ventures. You may also be vulnerable to delays, setbacks, hospitals, or accidents. Relationships remain forefront through March 14th, but likewise, are vulnerable. Retreats or long-distance travel are possible through April 12th.

Pisces:  Be vigilant for one week. There may be sudden issues with your wealth, status, windfalls, inheritance, settlements, or family life.  Be careful with what you have to say and what you have to eat – and to avoid accidents. There may be setbacks or obstructions. Take care of your partner. He or she may be vulnerable to expenses or separations. Take care of your health and finances through March 14th. Be patient with expenses and separations with your career through April 12th — and then expect a big one-year lift.

This year, the holy night of Shiva “MahaShivaRatri” is observed in India on March 1st.  (February 28th in USA.)  If so inclined you can do a puja or chants that night for Shiva, (Om Namah Shivaya – 9, 21, or 108 times) or watch Shiva videos on YouTube. Some people stay awake all night to honor Shiva.  Sunset meditation in the evening and sunrise meditation the next morning — and/or fasting (or do not eat non-vegetarian food) during those hours is also recommended. These remedies for Shiva are also said to “propitiate” Rahu, the northern node of the Moon. This may help to reduce grave mishaps and misfortunes for the coming 12 months.

Quote of the Week:

“No one saves us but ourselves.  No one can and no one may. We ourselves must walk the path.”  — Lord Buddha

Awakening Video of the Week:

How to Deal with Life’s Challenges |– Eckhart Tolle